Home » Exception in HttpConnection Execute: Invalid HTTP response The operation has timed out – might be the truth!

Exception in HttpConnection Execute: Invalid HTTP response The operation has timed out – might be the truth!

So I’m in the midst of the first beta of the AppMagic Ecommerce module with an actual customer wanting to license the dll as is and roll his own cart from it. It’s 10pm and I am doing some simulations of Paypal payment failure scenarios. I pushed a day’s worth of changes to TFS and took a break to await the CI update. As I start the tests every one comes back:

The error seems more likely to occur in the sandbox. The cure is a little patience because a little time is all you need. The lack of a little patience provoked people to real live anger in various forums you probably already found resulting in obviously false statements about the Paypal Rest Api Sdk for .NET (RestApiSDK). Don’t let this happen to you. When faced with a stack trace that begins with

your first troubleshooting tool may be a sandwich, beer or a bowl of ice cream.

If you have not already done this in your payment processing library I suggest creating a preconfigured test transaction for each type of transaction giving you a benchmark to determine whether it is a lousy network connection or the latest and greatest feature that broke it.

Mike Morris March 17, 2014 Dev Notes Comments Off on Exception in HttpConnection Execute: Invalid HTTP response The operation has timed out – might be the truth! 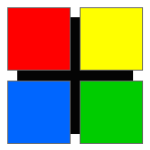